“The women’s brick making cooperative in Kayonza, the Eastern Province of Rwanda, sit and take pride in their work. They hand made the bricks that give shape to this classroom space, and produced all of the approximately half a million bricks that comprise the “Women’s Opportunity Center” by Sharon Davis Design for the NGO Women for Women International.

Check out the photos at: Architizer

Today, Mulhouse is known for the staggering transformation of its thriving centre, bucking the national trend for high street closures.In the past eight years, more than 470 shops and businesses have opened here. Mulhouse is unique in that 75% of new openings are independents, from comic book stores to microbreweries and organic grocers. It is one of the only places in France with as many independents as franchises. And it is one of very few places in France where more shops are opening than closing…

…Town centre residents were among the poorest as higher earners moved to houses on the outskirts, leaving properties vacant and run down.

Mulhouse set out to rebalance the housing mix. Generous subsidies for the renovation of building fronts expedited a facelift of more than 170 buildings. Security and community policing were stepped up. Transport was key – with a new tram system, bike schemes, shuttle buses and cheap parking.

But making the town’s public spaces attractive was just as important, with wider pavements, dozens of benches, and what officials deemed a “colossal budget” for tree planting and maintenance, gardening and green space. Local associations, community groups and residents’ committees were crucial to the efforts. A town centre manager was appointed to support independents and high-street franchises setting up.

Source: From bleak to bustling: how one French town solved its high street crisis | Cities | The Guardian

Compare this observation tower v. the Vessel in Hudson Yards, NYC. Take the time to go to the website and check out the 30-picture gallery.

Forty years ago, Nashville and Birmingham, Ala., were peers. Two hundred miles apart, the cities anchored metropolitan areas of just under one million people each and had a similar number of jobs paying similar wages. Not anymore. The population of the Nashville area has roughly doubled, and young people have flocked there, drawn by high-paying jobs as much as its hip “Music City” reputation. Last month, the city won an important consolation prize in the competition for Amazon’s second headquarters: an operations center that will eventually employ 5,000 people at salaries averaging $150,000 a year.

Birmingham, by comparison, has steadily lost population, and while its suburbs have expanded, their growth has lagged the Nashville area’s. Once-narrow gaps in education and income have widened, and important employers like SouthTrust and Saks have moved their headquarters. Birmingham tried to lure Amazon, too, but all it is getting from the online retail giant is a warehouse and a distribution center where many jobs will pay about $15 an hour.

Amazon’s announcement has been widely described as a rich-get-richer victory of coastal “superstar cities” like New York and Washington, regions where the company plans to employ a total of at least 50,000 workers. But the company’s decisions also reflect another trend: growing inequality among midsize cities.

Nashville and the other Amazon also-rans, like Columbus, Ohio, and Indianapolis, are thriving because of a combination of luck, astute political choices and well-timed investments. At the same time, Birmingham and cities like it, including Providence, R.I., and Rochester, are falling further behind.

Likewise, for those procuring corporate borrowers and bundling corporate CLOs, volume is its own reward, even if this means lowering standards for borrowers’ creditworthiness. The share of “Weakest Links” – corporates rated B- or lower (with a negative outlook) – in overall activity has risen markedly since 2013-2015. Furthermore, not only are the newer issues coming from a lower-quality borrower, the covenants on these instruments – provisions designed to ensure compliance with their terms and thus minimize default risk – have also become lax. Covenant-lite issues are on the rise and now account for about 80% of the outstanding volume………

Like the synchronous boom in residential housing prior to 2007 across several advanced markets, CLOs have also gained in popularity in Europe. Higher investor appetite for European CLOs has predictably led to a surge in issuance (up almost 40% in 2018). Japanese banks, desperately seeking higher yields, have swelled the ranks of buyers. The networks for financial contagion, should things turn ugly, are already in place.

As architects face up to the need for ethical, sustainable design in the age of climate change awareness, timber architecture is making a comeback in a new, technologically impressive way. Largely overlooked in the age of Modernism, recent years have seen a plethora of advancements related to mass timber across the world. This year alone, Japan announced plans for a supertall wooden skyscraper in Tokyo by 2041, while the European continent has seen plans for the world’s largest timber building in the Netherlands, and the world’s tallest timber tower in Norway.

4 Projects That Show Mass Timber is the Future of American Cities https://www.archdaily.com/905601/4-projects-that-show-mass-timber-is-the-future-of-american-cities

Shawn Bucholtz and Jed Kolko describe one of the facts of American life: most U.S. residents live in suburbs, but the federal government doesn’t actually categorize communities as suburban. The federal government makes a distinction between urban and rural, but not for suburban. “The lack of an official federal definition of suburban means that government data are not reported separately for suburban areas. That makes it hard to measure the reach and impact of federal programs and to produce vital statis

Source: According to the Federal Government, the Suburbs Don’t Exist – News | Planetizen

…But below the surface, banks are far more exposed to risky real estate loans than commonly thought thanks to a skyscraper-sized loophole: Instead of lending to construction projects directly, they increasingly lend to debt funds and mortgage trusts managed by private equity firms, which in turn lend to developers. Slate insists that the RiverTower deal wasn’t particularly risky, that it came with a big equity buffer and that it gets low interest rates on its loans. But in other cases, such as ground-up construction loans, the risk to lenders is more obvious…

New York City saw more 12,800 units open in the first half of this year, with another 31,000 expected to open by 2020, according to an analysis from Localize.city.Nearly 60 percent of the new units are opening in the top 10 neighborhoods; more than a quarter are in just three neighborhoods: Long Island City, Williamsburg and Bushwick. 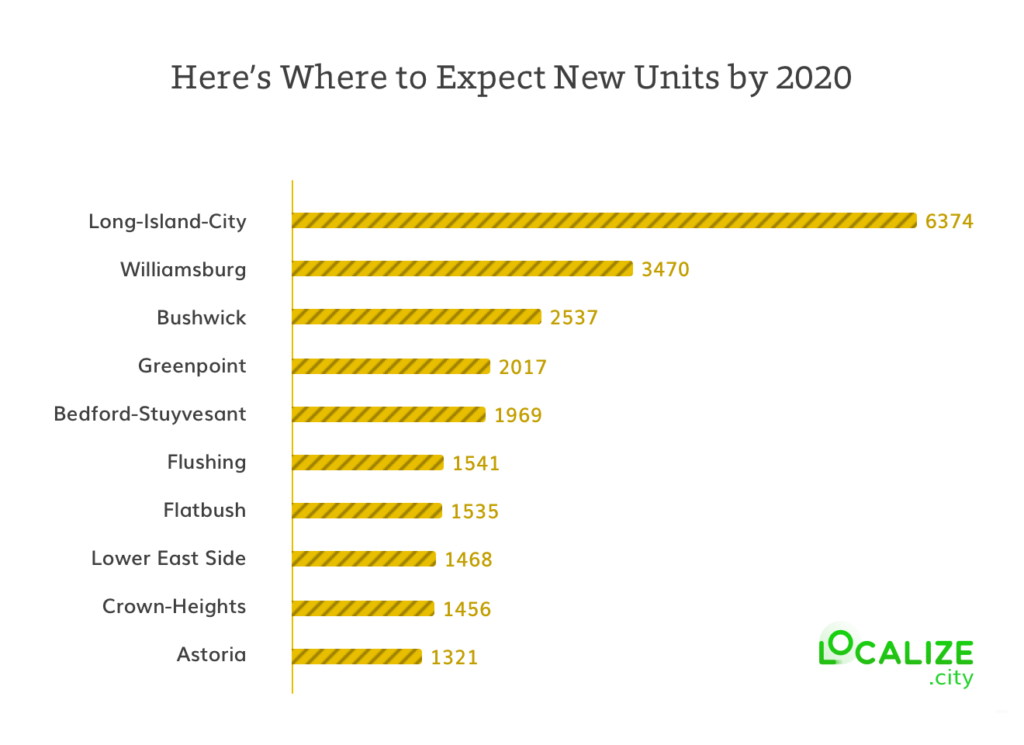 “Surely, in the light of history, it is more intelligent to hope rather than to fear, to try rather than not to try. For one thing we know beyond all doubt: nothing has been achieved by the person who says: it can’t be done.”