Today, Mulhouse is known for the staggering transformation of its thriving centre, bucking the national trend for high street closures.In the past eight years, more than 470 shops and businesses have opened here. Mulhouse is unique in that 75% of new openings are independents, from comic book stores to microbreweries and organic grocers. It is one of the only places in France with as many independents as franchises. And it is one of very few places in France where more shops are opening than closing…

…Town centre residents were among the poorest as higher earners moved to houses on the outskirts, leaving properties vacant and run down.

Mulhouse set out to rebalance the housing mix. Generous subsidies for the renovation of building fronts expedited a facelift of more than 170 buildings. Security and community policing were stepped up. Transport was key – with a new tram system, bike schemes, shuttle buses and cheap parking.

But making the town’s public spaces attractive was just as important, with wider pavements, dozens of benches, and what officials deemed a “colossal budget” for tree planting and maintenance, gardening and green space. Local associations, community groups and residents’ committees were crucial to the efforts. A town centre manager was appointed to support independents and high-street franchises setting up.

Source: From bleak to bustling: how one French town solved its high street crisis | Cities | The Guardian 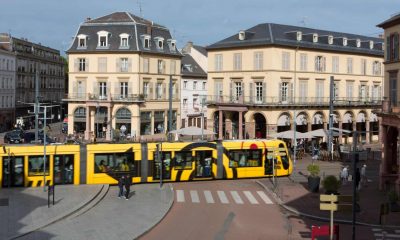 This site uses Akismet to reduce spam. Learn how your comment data is processed.

“A fanatic is one who can’t change his mind and won’t change the subject.”